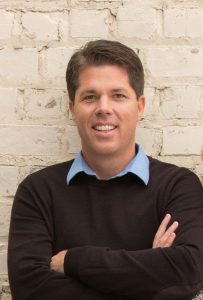 Dr. Henderson graduated from Somerset High School in 1990. He began his undergraduate studies at Somerset Community College and completed them at the University of Kentucky. After receiving a Bachelor of Science Degree, he received his Doctor of Chiropractic Degree from Palmer College of Chiropractic in Davenport, Iowa, 1997.

Dr. Henderson obtained a postgraduate designation of Certified Chiropractic Sports Practitioner (CCSP) by the American Chiropractic Board of Sports Physicians (ACBSP). The CCSP program requires the doctor to attend a 120 hour postgraduate program. This instruction is specific to physical fitness and the evaluation and treatment of injuries encountered in sports. Following the completion of the hours, the doctor must then take and successfully pass a comprehensive written examination.

In addition to his Chiropractic degree and CCSP designation, Dr. Henderson has completed extensive studies in Whiplash Injuries, Traction/Distraction techniques, Prenatal Care and Physiotherapy procedures. He is also certified in Dry needling.

He currently holds the distinction of being on the National Registry of Certified Medical Examiners (NRCME). He also is certified for both DOT and non-DOT Drug and Alcohol Testing. He performs Physicals and Drug testing through his company Health & Professional Services, LLC, which is located next to Henderson Chiropractic.

Dr. Angie Wilson grew up in Little Rock, Arkansas and graduated from Cabot High School in 1997. She attended Arkansas State University in Jonesboro, Arkansas for three years pursuing a Bachelor of Science degree in Biology. It was during her time at ASU that Dr. Wilson was introduced to chiropractic by a family member. After researching chiropractic and learning how it is used to help the body function better, she chose chiropractic as the venue to chase her dream of helping people. She transferred to Cleveland Chiropractic College-Kansas City and completed her Biology degree in December 2003, while concurrently working on her chiropractic studies. Dr. Wilson moved to Kentucky shortly after graduating with her Doctor of Chiropractic degree from Cleveland Chiropractic College in April 2004.

She worked as an associate until February 2010 when she opened Align Care Chiropractic Center in Somerset. In August 2016, she was invited to join Henderson Chiropractic, where she proudly serves Somerset, Pulaski County and surrounding counties. Dr. Wilson loves helping patients of all ages and walks of life, but kids and pregnant mothers have a special place in her heart. After seeing the countless benefits of chiropractic care during pregnancy and in the early stages of life, she continued educational opportunities to learn more about treating in those tender times.

Dr. Wilson is a member of the Kentucky Associate of Chiropractors (KAC) and the International Chiropractic Pediatric Association (ICPA). She has been an active member of the Somerset chapter of the Kentucky Federation of Business and Professional Women since 2010 and currently serves as president. She was selected as the 2015 Woman of Achievement and has also served two years on First & Farmers National Bank’s Community Advisory Committee.

Dr. Wilson resides in the Windsor community of Casey County with her husband, Cheston, and their two boys, Hank and Max.

* Dr. Henderson and Dr. Wilson have also been involved in multiple educational seminars on topics such as (but not limited to): Pediatrics, Work injuries, Disc injuries, Disc Decompression, Fibromyalgia, Nutritional Disorders and Dry Needling.

Henderson Chiropractic uses a ‘whole person approach’ when taking care of their patients. By combining the very best hands-on-technique, state of the art physiotherapy procedures, and providing the newest and best natural vitamins and mineral supplements on the market today, they are able to help you to accelerate and/or maintain your journey to good health.